Trade Secrets and How To Protect Them

Trade secrets and other intellectual property (IP) are critical to a company’s success. Protecting IP can be challenging, especially in an increasingly digital age. While there are numerous legal mechanisms and regulations to protect IP, digital piracy remains a pressing issue. Digital Rights Management (DRM) software is a very effective tool to protect digital media […]

Trade secrets and other intellectual property (IP) are critical to a company’s success. Protecting IP can be challenging, especially in an increasingly digital age. While there are numerous legal mechanisms and regulations to protect IP, digital piracy remains a pressing issue. Digital Rights Management (DRM) software is a very effective tool to protect digital media such as novels, textbooks, and other works. This post examines ways to protect digital IP and how DRM solutions can aid those efforts. 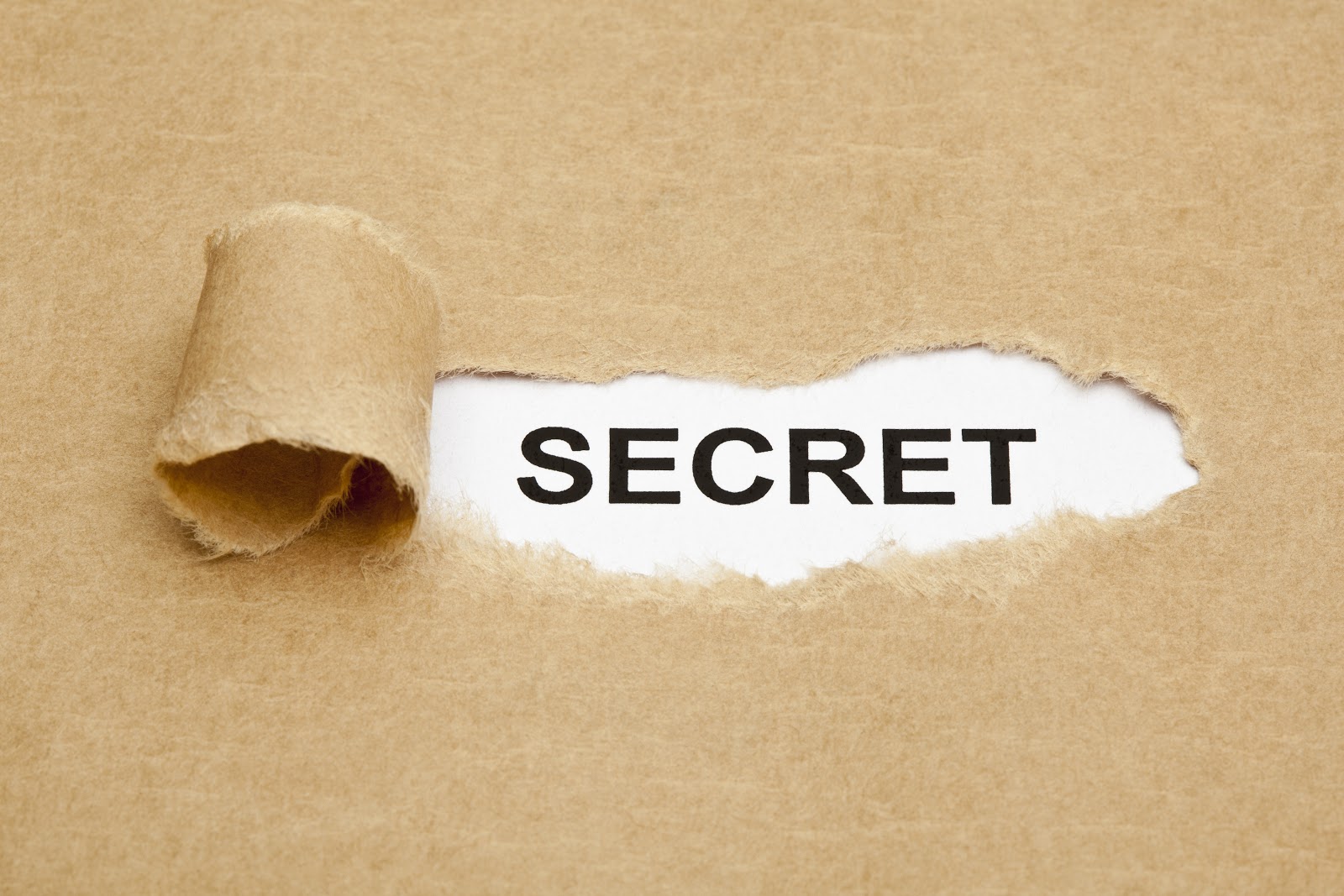 What Are Trade Secret/Intellectual Property Laws?

We can define “trade secrets” very broadly. A trade secret is any confidential or proprietary business information that can provide a competitive advantage. That might be a chemical formula, a manufacturing process, sales methods, advertising strategies, and so on. Unauthorized access to and use of this information is considered a violation of trade secrets and may be deemed unfair competition. 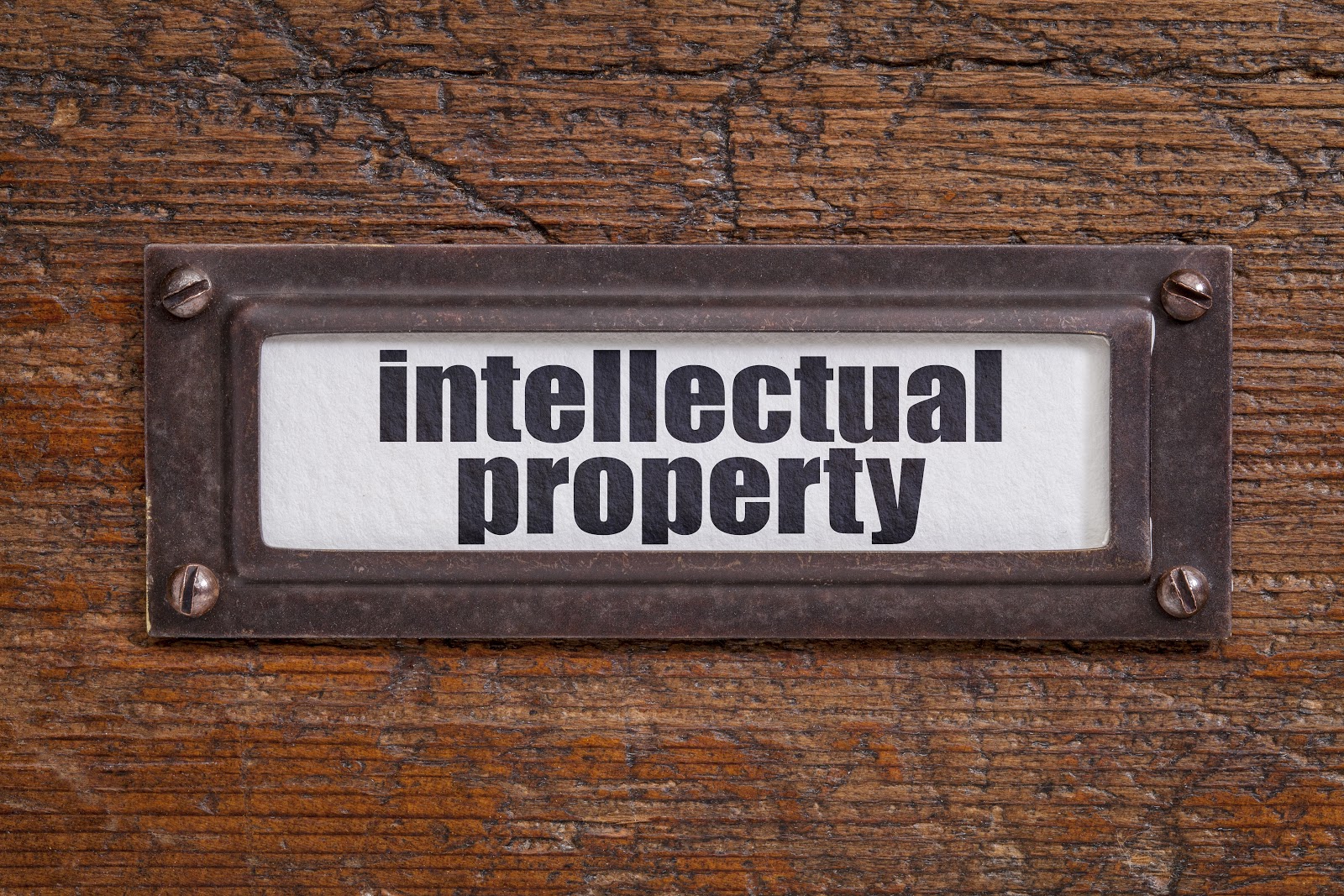 How Do Those Laws Differ From Patents, Copyrights, And Other Content Protections?

Intellectual property laws are one way to protect creative works, but there are other terms we should consider: patents, copyrights, and trademarks. Let’s examine each of these in more detail:

Patents: A right granted by the government that excludes others from making, using, or selling an invention. Patents are valid for 20 years from the date approved by the U.S. Patent and Trademark Office (USPTO). The USPTO issues patents for “any new and useful process, machine, manufacture, or composition of matter, or any new and useful improvement thereof.”

Copyrights: A form of intellectual property protection available for original works of authorship. Those works can include literary works, paintings, software, films, and live performances. A copyright grants the owner the exclusive right to publish, reproduce, perform, or distribute that creative work. Copyrights typically last as long as the lifetime of the owner, plus 70 years. The owner can permanently or temporarily transfer ownership to other parties. To ensure full protection, copyrights should be registered with the U.S. Copyright Office.

Trademarks: A trademark can be a word, phrase, symbol, or design identifying the origin of the goods of one party relative to other parties. Some examples include logos, brand names, and slogans. Unlike patents or copyrights, trademarks do not expire after a set number of years. A similar concept is a Service Mark, which applies to services rather than goods. In theory, a trademark can last forever as long as the owner continues to use it in the marketplace. In addition, trademarks don’t even need to be registered, though there are benefits to doing so. Registering a trademark with the USPTO notifies the public of the registrant’s claim to the trademark and creates a legal presumption of nationwide ownership. 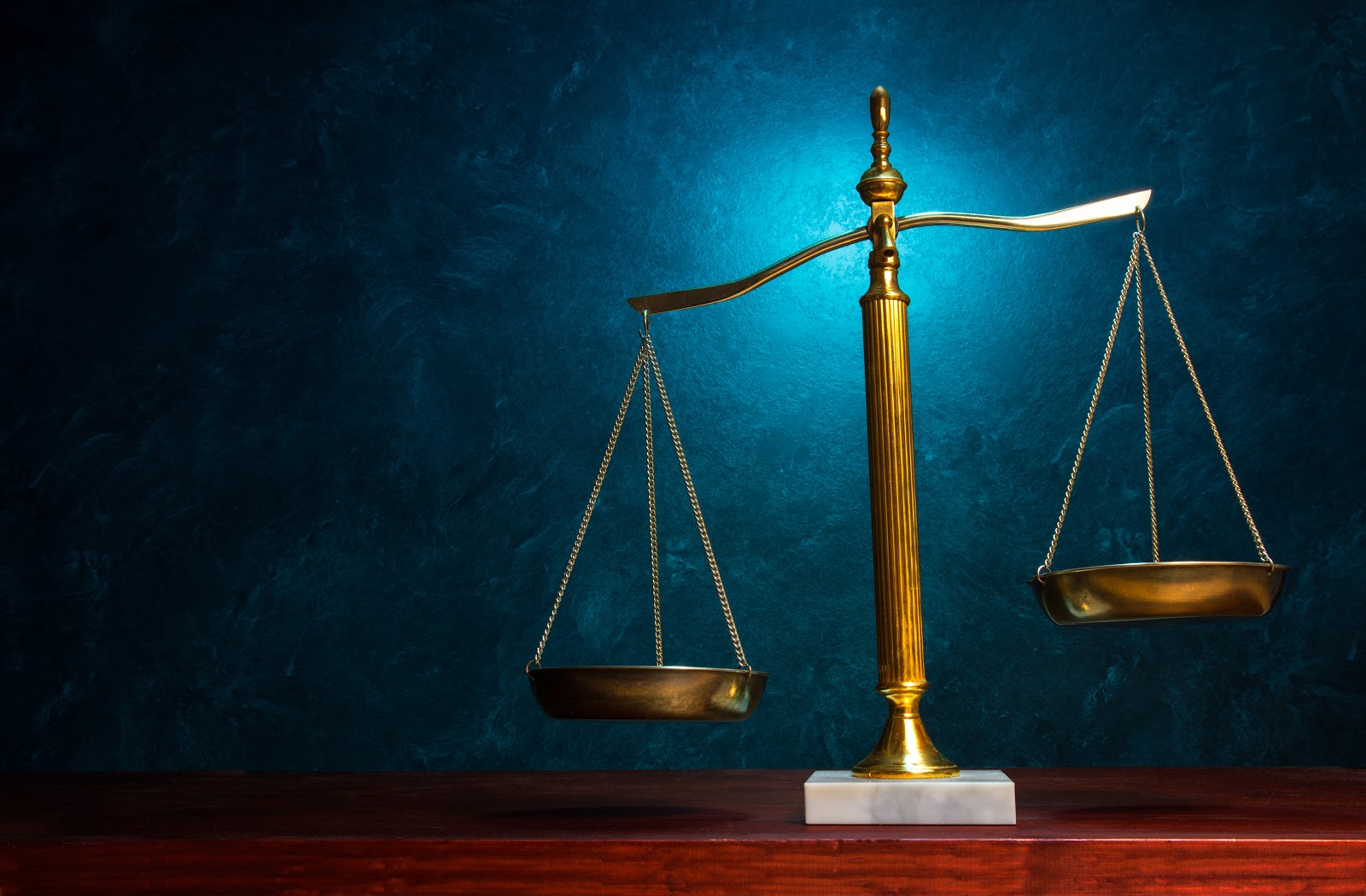 Non-Disclosure Agreements (NDA): An NDA is a legally enforceable contract that creates a confidential relationship between two parties—the party that possesses a trade secret, and the party to whom that secret is disclosed. NDA’s protect sensitive information and can protect patent rights, as public disclosure of an invention can void those rights. A broad range of information can be covered under an NDA, such as customer lists, R&D results, and other sensitive data. An effective NDA includes definitions of confidential information, obligations from involved parties, and the time period in which the NDA is in effect.

Non-Compete Clauses (NCC): A contract between an employer and an employee, where the employee agrees not to enter into competition with the employer after being terminated. An NCC typically prevents that employee from entering into markets where the employer competes or joining direct competitors. Employers use NCC’s for a variety of reasons. NCC’s prevent employees from revealing confidential information to competitors, who would be particularly positioned to exploit that information. Specific information is necessary for an NCC to be binding: an effective date, purpose of the agreement, key definitions (duration and type of work), and compensation. The terms and duration of NCC’s can vary, and some states may not even enforce these contracts.

What is DRM And How Does it Work?

DRM, or Digital Rights Management, involves various methods of protecting digital files from piracy, theft, or unauthorized access. In the publishing industry, DRM protection for e-books normally takes the form of password, watermark, and encryption-based solutions in order to protect against piracy. The level of e-book protection a publisher needs depends on the type of document being published, the intended audience, and the specific distribution channel. There are a number of specialized tools such as Adobe DRM that provide greater protection. Here are three of the most commonly used DRM solutions:

We can use a number of applications such as Adobe Acrobat or Preview (the Mac alternative) to password-protect PDFs and e-publications. However, these solutions offer no flexibility in terms of what users can access; they either have the password to access the whole file, or they don’t. This solution can deter unauthorized access, but the encryption is less than industry standard. Acrobat or Preview encryption can be easily removed, often for free, using different online software tools. In addition, a more sophisticated hacker can use a brute force attack, which involves testing thousands of password combinations until the password is discovered. A cell phone or other electronic device may have safeguards to prevent or slow this kind of penetration attempt, but publishing applications typically are less sophisticated.

Industry-Standard DRM protection offers secure encryption and the flexibility to control what users can and cannot do with our PDFs and e-publications. These security solutions need to be continuously updated and refined in order to provide the highest level of protection. Hackers and other actors are always trying to devise new ways to beat our encryption, which is why we need to work just as hard to stay one step ahead. Adobe DRM solutions are updated constantly to provide the best possible protection for e-books and other digital publications. 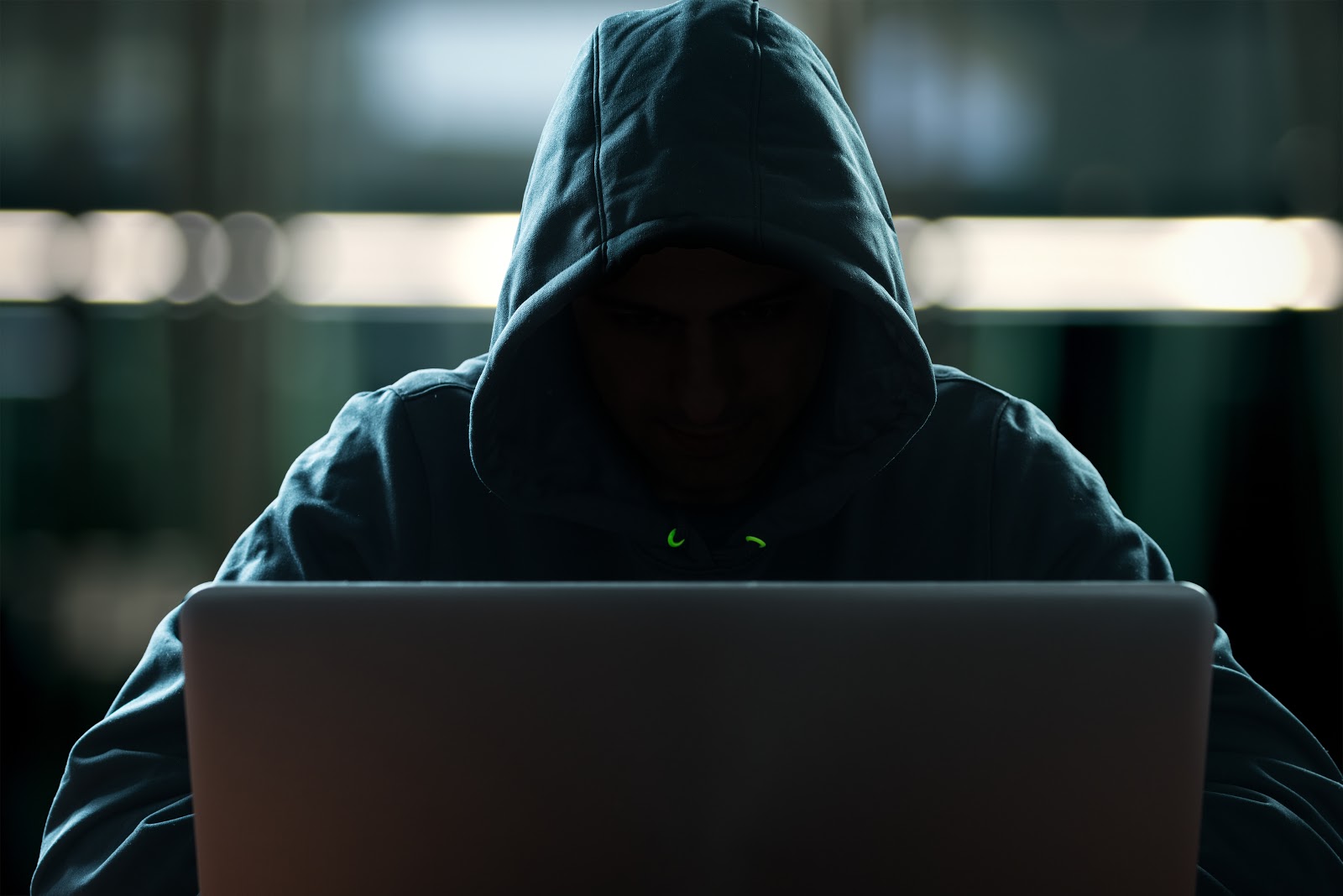 Piracy prevention for e-books is especially challenging. According to one study, almost 17% of online books have been pirated. Some authors have tried to combat the trend by appealing directly to readers. American author Maggie Stiefvater, who wrote the Shiver and Raven Cycle series, did just that. After her publisher decided to cut the print run of the next book in her series by half, she pleaded with fans to stop pirating her work and making it more difficult to make a living as an author. She even released a portion of her new book, The Raven King, to highlight the issue. Stiefvater had seen numerous forums where fans shared pirated PDF’s of her books. The PDF of the Raven King was merely the first four chapters and a message explaining how piracy harms her and other writers. After the message was released, the new book sold out within two days.

Research suggests that illegal downloads of e-books cost publishers over $300 million each year. Part of that trend appears to be driven by the growth of digital titles, but other factors are also important. The growing prevalence of tablets and e-readers has made e-books more attractive than in recent years, further underscoring the need for better piracy prevention tools. Publishers are aware of the problem and are taking action. In 2017, Cengage, McGraw-Hill, and Pearson Education reached an agreement with distributors to enforce a new set of Anti-Counterfeit Best Practices. Those three publishers are also engaged in preventing piracy of traditional books. The same year, those publishers sued bookstore operator Follett for its alleged failure to stop selling pirated versions of their books. Follett later settled and agreed to meet the Anti-Counterfeit Best Practices guidelines.

Digital piracy hurts everyone, from content creators to publishers and other distributors. Legal protections in place were created before the digital era and regulators have been slow to react to digital piracy. EditionGuard DRM solutions are on the cutting edge of IP security software to preserve literary works and prevent piracy. Piracy is incredibly costly for content creators and investing in the right software is the best way to protect intellectual property.

Work from Home to Subsidize Your Writing Habit

Use DRM to Transform Your Library

Explore all our features with a 14-day risk-free trial.

The Ultimate Guide To Self Publishing

Learn how to successfully self publish your books online.